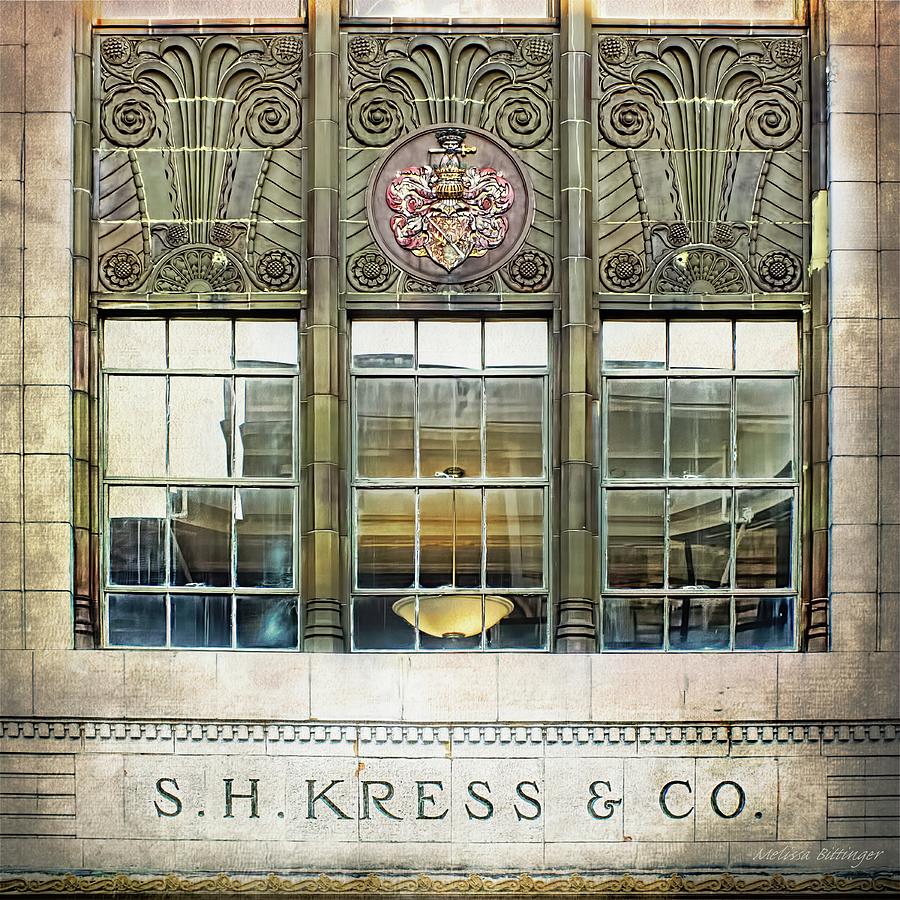 A section of the windows on the facade of the S.H. Kress & Co. building located in the Historical District of Greensboro North Carolina's downtown South Elm St. Built in 1930, this store was the first designed by company architect Edward Sibbert who later designed more than fifty Art Deco style five and dime stores for Kress. Samuel H. Kress believed that the stores should serve as works of public art. Most of the Kress stores referenced aspects of the city and area they were located into the design of the buildings.

One historical note, in 1960 following the famous sit-in at the Woolworth's store just up the street a bit, the lunch counter at Kress was also the scene of student sit-ins. Afterwards, both Woolworth's and Kress integrated their stores and lunch counters. All of the stores were closed by 1981. This one closed in 1973 but because of the beauty and historical value, many if not all (not entirely sure about this) have been saved and restored and are still in use today as homes for other businesses.

This image is just a portion of the windows at the front of the facade, I've used some artistic license and created a bit more of a colorful view which nods to the colorful panels located on other areas of the building. The reflections are of the buildings across the street intermingled with the view inside the building including the pendant light hanging from the ceiling.